There are many annoying beetles in the San Antonio area. While most of them are relatively harmless, some can do damage or be a nuisance in your home. Common beetles around here are carpet beetles, black beetles, June beetles, and lady beetles, as well as about 100 more types of beetles! It’s a good idea to avoid pests in your San Antonio home and beetles are no exception. If you are struggling with beetles, professional pest control can be your answer. 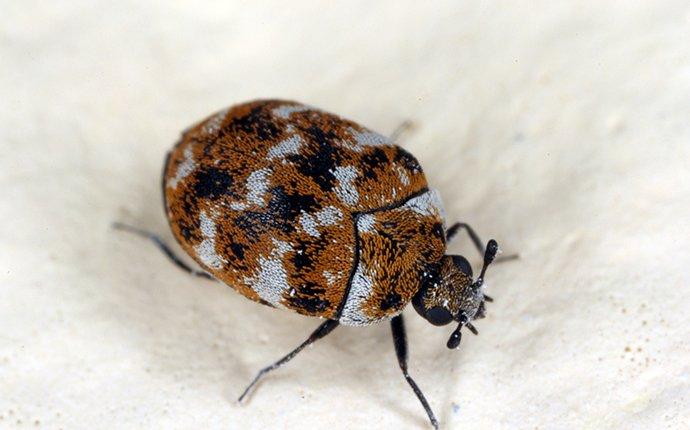 Most beetles are harmless to humans although some can bite. Others leave stains or smells in your home. Some, like carpet beetles, can do damage to fibers and upholstery. However, the biggest problem with having beetles in your home is it is an indication that you have a breach that is allowing them in. If beetles can get in, so can other more harmful pests. Additionally, beetles are food for other pests, so if you have beetles you may be attracting the pests that eat them!

One of the best things you can do to keep beetles from swarming your home is to keep outdoor lights turned off at night. Beetles, like June beetles, are attracted to light. It’s hard not to let beetles in when they are swarming your entry area. You can also take the following preventative measures around your home:

At Romney Pest Control we offer a 6-point beetle inspection for San Antonio-area homeowners. Our meticulous process includes a visual inspection of your property, the removal of cobwebs and spider webs from all exterior surfaces, eaves, and overhangs, the application of products around your property to reduce pests, treatments to the foundation and perimeter of your home, indoor service inspection and treatment when needed, and a detailed report of the findings and services performed.