Have you ever been outside of your Houston home only to come in and discover a tick has latched onto your skin? Ticks don’t just feed on the blood of people, but our pets, too. That’s why you should take the necessary precautions to ensure your property is as tick-free as possible. You and your family’s health could depend on it. 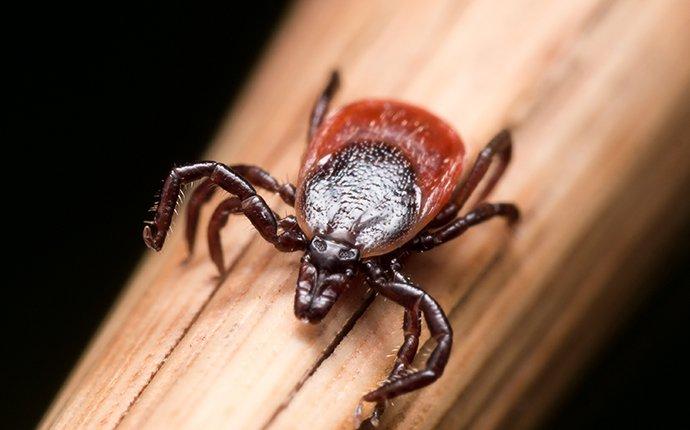 All ticks have oval-shaped bodies with eight legs, however, their more identifiable characteristics depend upon which species they belong to. Around Houston, there are four tick species that you are most likely to encounter. They are American dog ticks, black-legged ticks, brown dog ticks, and lone star ticks.

The Dangers Of Ticks

When it comes to ticks, the primary threat they pose has to do with the various bloodborne diseases they can transfer as they feed on a variety of hosts. Moreover, their bites are not painful so you may not even realize you’ve been bitten by a tick until well after the fact. The means by which ticks latch on to hosts is by hanging out on tall grass or shrubs and waiting for a host to brush up against them. Then they will latch on, usually without the host knowing.

Some of the diseases that ticks in Texas have been known to carry include: anaplasmosis, ehrlichiosis, Lyme disease, spotted fever group rickettsioses, Rocky Mountain spotted fever, tick-borne relapsing fever, and tularemia. It’s important to take the necessary precautions and limit your exposure to tick bites.

Knowing some useful prevention techniques can go a long way in keeping the tick populations in your yard to a minimum, thus keeping you and your family safer.

For The Best Tick Prevention And Control.

If you are dealing with a tick-control problem on your property, call the professionals here at Romney Pest Control right away. With our ongoing professional tick treatments, we will ensure your property is safe from ticks so that you and your family can get back to enjoying the great outdoors worry-free. Give us a call today.