What are occasional invaders? 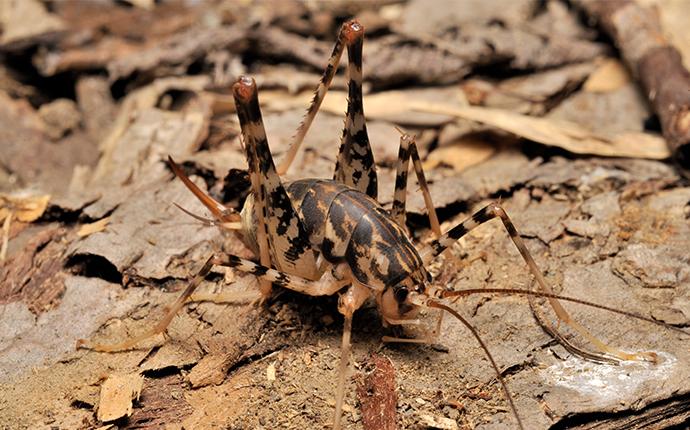 Camel crickets have large, powerful rear legs and humpbacks. Adults are light to dark brown and mottled with dark bands. They have antennae that are usually larger than their bodies. Camel crickets do not have wings. Camel crickets are also referred to as cave crickets because they commonly inhabit caves. 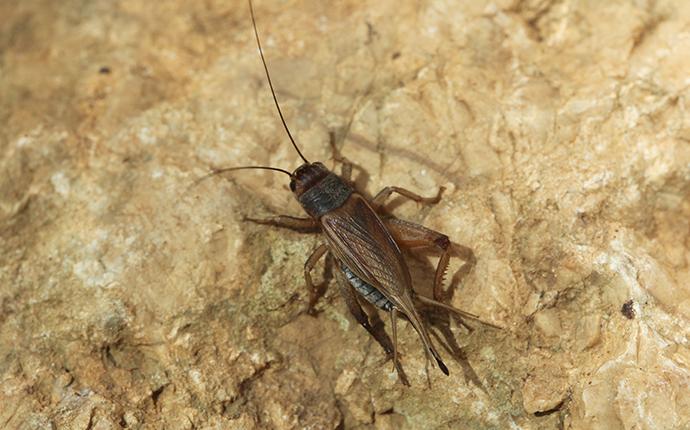 House crickets are common invaders of homes, living inside successfully for long periods of time.

This species of cricket is capable of creating the loud “chirping” sounds that crickets are known for. The sound is produced when males rub their wings together to attract females.

Adults are yellowish-brown with three dark crossbands on their head; they also have thread-like antennae. 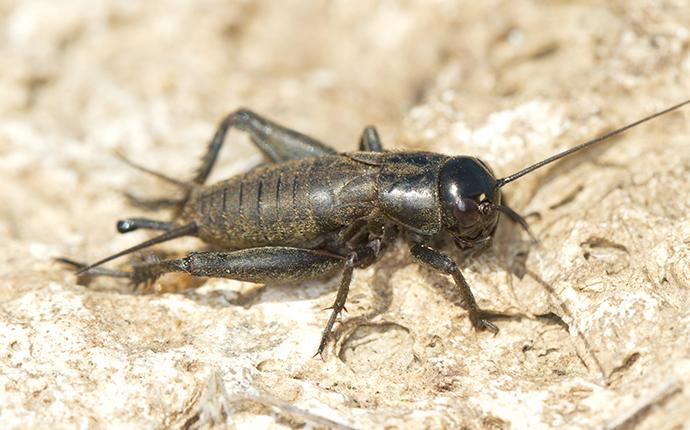 Field crickets are shiny black with large heads and powerful hind legs that allow them to jump great distances. Their antennae are longer than their body.

Male field crickets also rub their wings together to create a  “chirping” sound to attract females.

These crickets live outside in fields where they feed on and damaged crops. 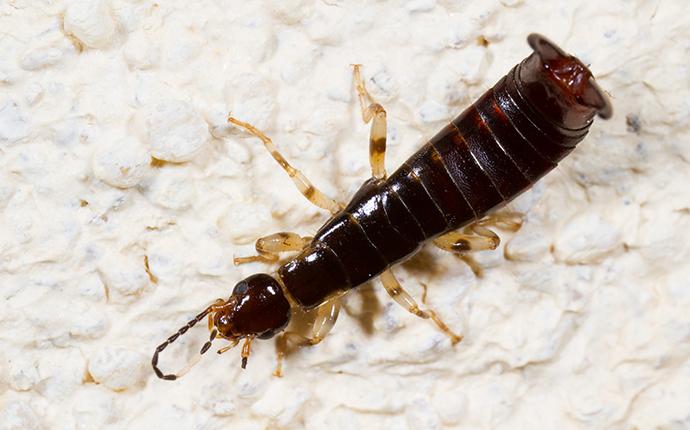 Adult ring-legged earwigs are dark brown with legs that are paler in color than their body. They have a dark band around the fibula and tibia of each leg. These earwigs are wingless.

These earwigs have cerci (forcep-like pinchers) coming off their abdomen that they use to catch prey and to defend themselves from each other with. 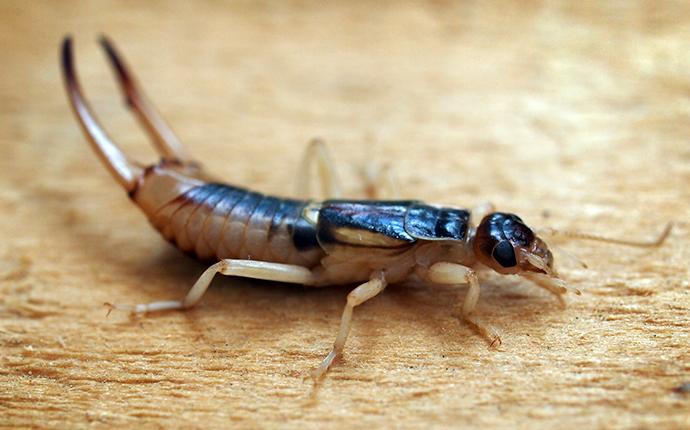 Riparian earwigs are commonly referred to as striped earwigs. They're light tan with two dark longitudinal stripes running down the length of their body.

Adults have special glands that allow them to secrete a foul-smelling pheromone to defend themselves against predators.

This species of earwig thrives in tropical, sub-temperate regions. 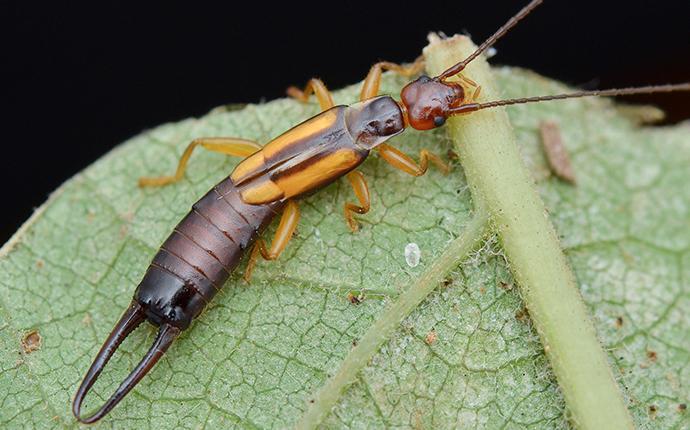 Linear earwigs are a common species of earwigs that live throughout Texas. They are a significant agricultural pest and can cause serious damage to crops.

Like other species of earwigs, they have a long narrow body and cerci on their abdomen. Their body is dark in color with two yellowish colored, thick stripes running longitudinal down either side of the body. 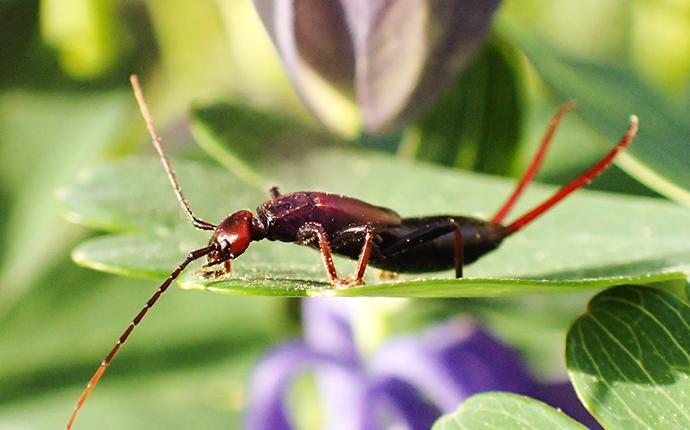 Occasional invaders are not dangerous to health or safety. Although some types of these pests have the ability to bite, they rarely do and are not of great concern.

Most occasionally invading insects are annoying because they have a tendency to infest homes and businesses in large numbers and are difficult to control and eliminate. Inside, they may damage plants and stain or chew through fabrics.

Why do I have an occasional invader problem?

Crickets, earwigs, and other occasional invaders may make their way inside when environmental conditions outside are not ideal. Property owners may also bring them inside inadvertently on newspapers, packages, potted plants, and other items.

Where will I find occasional invaders?

Outside, occasional invaders are often found in dark, damp places such as under mulch, in gardens, under landscaping ties, in rock piles, and under woodpiles.

Inside homes and businesses, crickets, earwigs, and other occasional invaders are often discovered in attics, wall voids, basements, bathrooms, and laundry rooms. Underneath sinks are also very common spots to find these pests.

How do I get rid of crickets, earwigs, and other occasional invaders?

To get rid of earwigs, crickets, and other occasional invaders, choose Romney Pest Control. The best pest control service providers in Dallas, Fort Worth and San Antonio as well as other parts of Texas, you can count on our team of experienced technicians to provide reliable and comprehensive pest control services to eliminate these pests.

How can I prevent occasional invaders in the future? 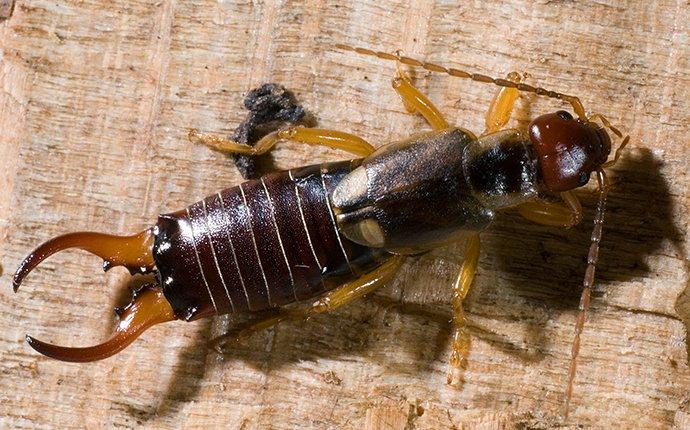 Ten Easy Yet Effective Earwig-Prevention Tips For Fort Worth… 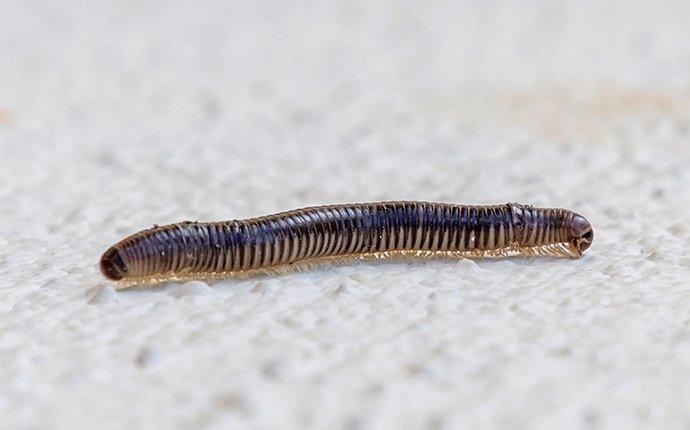 How Dangerous Are Millipedes In Houston? 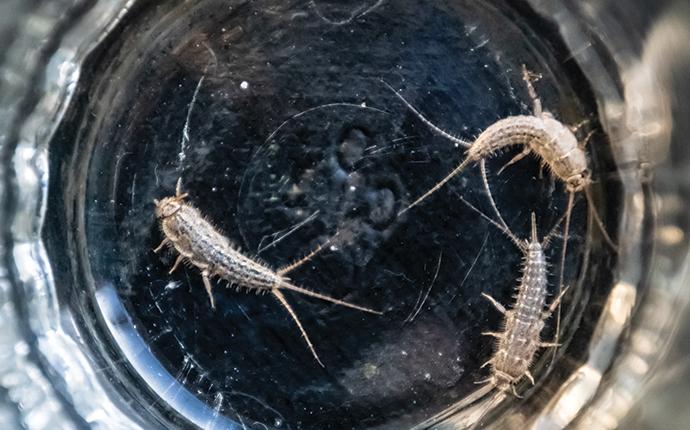 How Big A Problem Are These Silverfish In My San Antonio…