Common types of spiders in Texas

Spiders are arachnids (along with ticks and scorpions) and unlike insects that have three body segments, spiders only have two. Spiders don't have antennae or wings, but they have eight legs. Common spiders in Texas include American house spiders, wolf spiders, brown recluse spiders, black widow spiders, and jumping spiders. 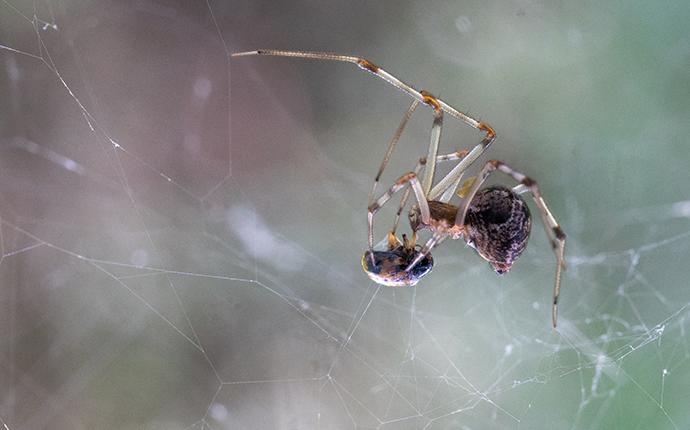 The most common nuisance spider in Texas, the American house spider, has an elongated body and eight legs. Their color pattern and size can vary greatly but they are typically yellowish-brown with distinctive dark chevron markings.

House spiders are notorious for building webs in corners of rooms. They sit at the edge of their web waiting for prey to become trapped. 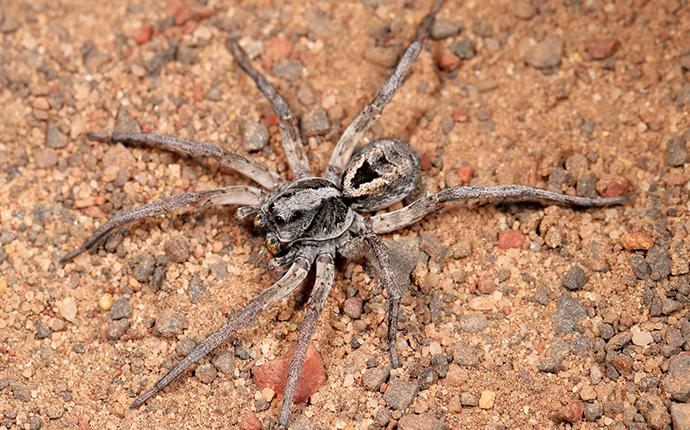 Wolf spiders are large spiders with stocky bodies and spiny legs that are usually covered in hair. Their eight eyes are uniquely placed in three rows- four small eyes on the bottom row, two large eyes in the middle row, and two medium eyes on the top row. Wolf spiders are typically brown, gray, or tan.

Unlike house spiders, wolf spiders do not construct webs. Instead they are hunters (like wolves) that will create burrows in the ground where they lie in wait for prey to come by.

A venomous spider, the brown recluse is easily identified by violin-shaped marking on the top of its body.  Typically brown in color, these arachnids have three pairs of eyes that are arranged in a semi-circle pattern.

Brown recluse spiders are not aggressive but they may bite to defend themselves. 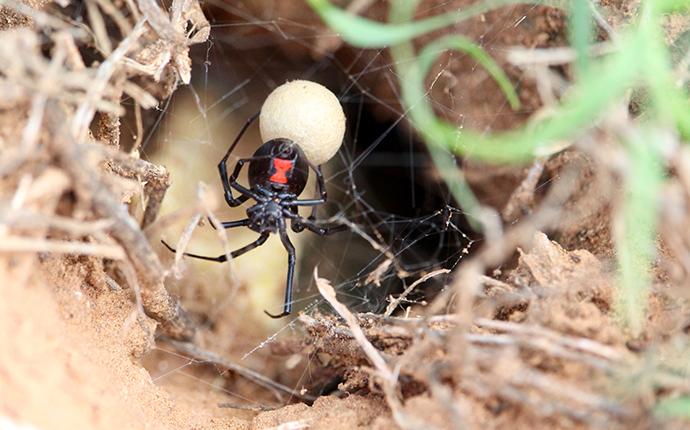 Another venomous spider, black widows are known for their red "hourglass" figures on their backs. They are shiny black in color and may also have lighter red or white spots on their abdomens and backs.

Black widow spiders have a comb foot (a row of strong, curved bristles located on their hind pair of legs) that allows them to cover their prey in silk. These infamous spiders do not build nice looking webs, but rather messy looking webs near ground level.

Like brown recluse spiders, black widows are not overly aggressive and may only bite out of fear. 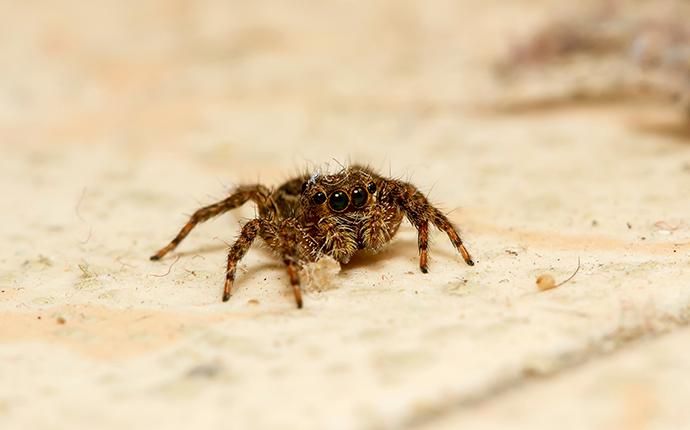 Jumping spiders do not spin webs but hunt for their prey.

Another potentially dangerous spider bite is that from the black widow. These spiders have venom strong enough to compromise the nervous system of a person that has been bitten. Black widow spider bite symptoms include vomiting, difficulty breathing, fever, and stomach cramps. Medical attention should be sought for help if a bite occurs.

Why do I have a spider problem?

Simply put, if you have insects invading your home or business, you're going to have the spiders that eat them. Weather conditions and ease of access may lead to spider infestations as well.

Where will I find spiders?

Where you'll find spiders in your home or business depends on the spider.  House spiders will spin webs in eaves, corners of rooms, and other areas where bugs are likely to wander by. Attics, basements, and crawl spaces are also common places to find spiders.

Brown recluse and black widow spiders prefer secluded environments that aren't disturbed often. This includes closets and storage areas, which is why you should always shake your shoes before putting them on.

How do I get rid of spiders?

To get rid of spiders in Dallas, Fort Worth, Austin, Houston, and San Antonio, partner with the Texas pest control experts at Romney Pest Control. Our highly trained and licensed pest control technicians provide reliable and comprehensive home pest control services to eliminate spiders and other common household-invading pests. We also deliver effective pest control solutions for businesses in our service area.

How can I prevent spider problems? 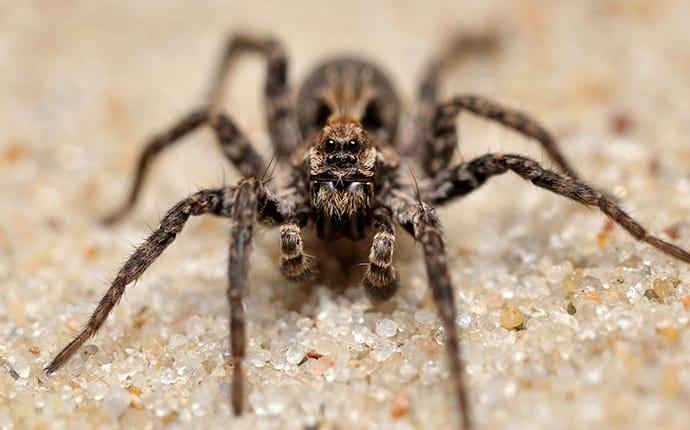 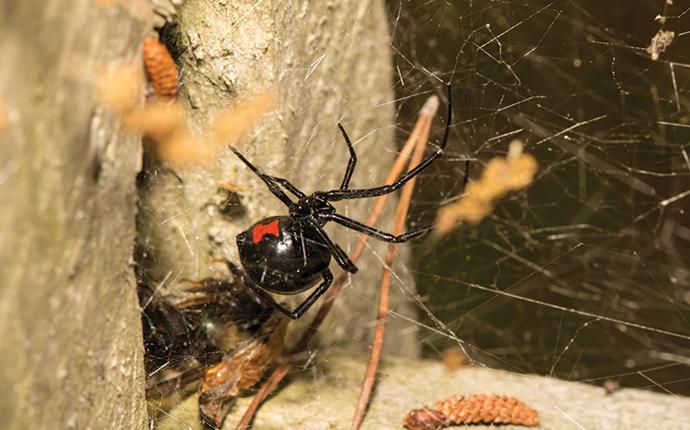 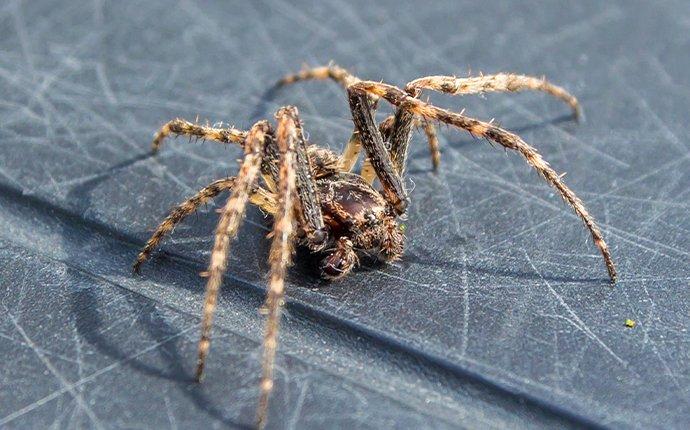