What are stinging insects? 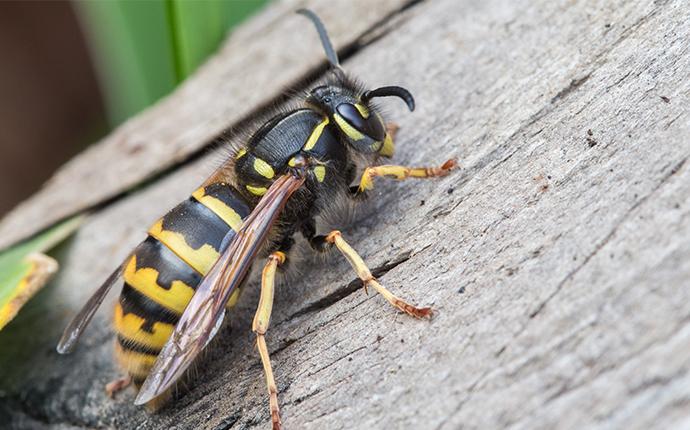 Wasps have pinched waists and long, thin legs that dangle below their bodies when flying. Their bodies are black or brown in color with yellow or orange markings and their wings are a grayish color. Wasps tend to have very little hair or be completely void of hair. The most common species of wasps living in the United States are paper wasps, hornets, and yellow jackets. Wasps tend to be territorial, social species and will swarm together to defend their nest. 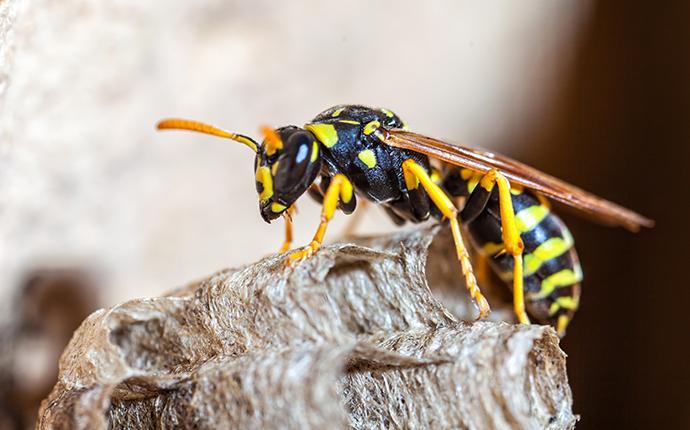 Paper wasps are one of the most common species of wasps. They are often identified by the aerial, upside-down umbrella-shaped nests that they create. Paper wasps are semi-social and live together in small colonies. Adult paper wasps are mostly brown in color with some yellow coloration. Some species may have bright red or orange markings. Paper wasps aren't overly aggressive, but they will not hesitate to defend themselves or their nest if threatened. 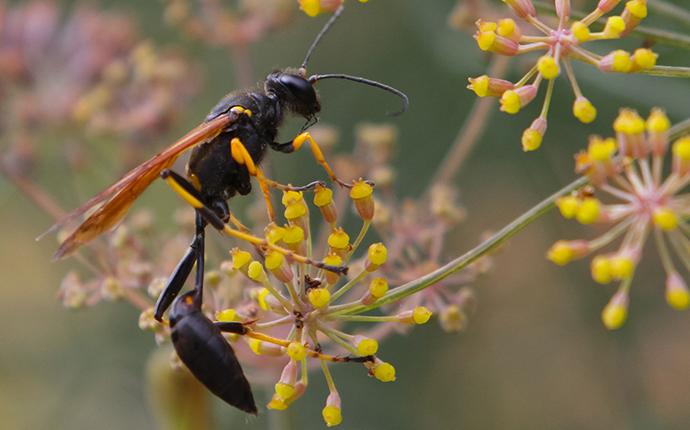 Mud daubers are a large, solitary species of stinging insects. They are black or a metallic blue color and may have yellow or green markings and are often identified by the nests they create out of mud. Mud daubers are fairly docile and stings are rare. They hunt and paralyze spiders with their venom to feed their developing larvae. Adults mainly feed on plant nectar and honeydew.

Yes, the venom that stinging insects inject through their stings is strong enough to trigger serious allergic reactions, including anaphylaxis, in some people. Yellow jackets, wasps, and mud daubers pose even more of a danger as they can sting multiple times. Great care should always be taken around stinging insect nests. Some species are more aggressive than others, but all will defend themselves with a painful sting if you get too close.

Why do I have a stinging insect problem?

Stinging insects are most problematic during the end of the summer and early fall. This is when the colonies are at their peak numbers and members are out and about actively foraging for food. Stinging insects typically place their nest outside up off of the ground, along the ground, or inside holed in the ground. Any residential property that provides them with a place to build their nests, plentiful food sources (insects and flowering vegetation), and access to water can become a home to stinging insects.

Where will I find stinging insects?

How do I get rid of stinging insects?

How can I prevent stinging insects in the future? 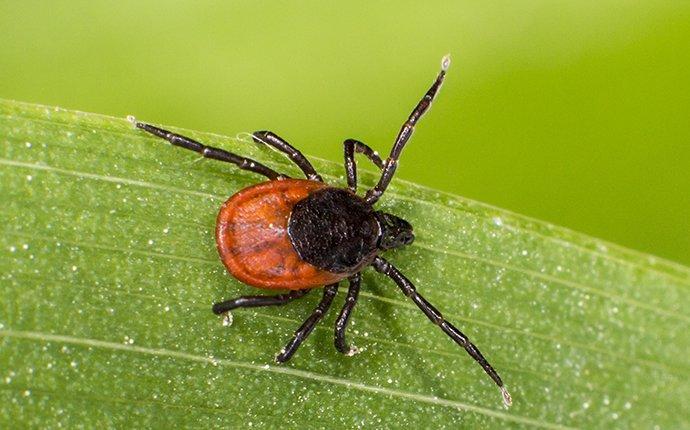 What You Need To Know About The Fleas & Ticks Around Dallas 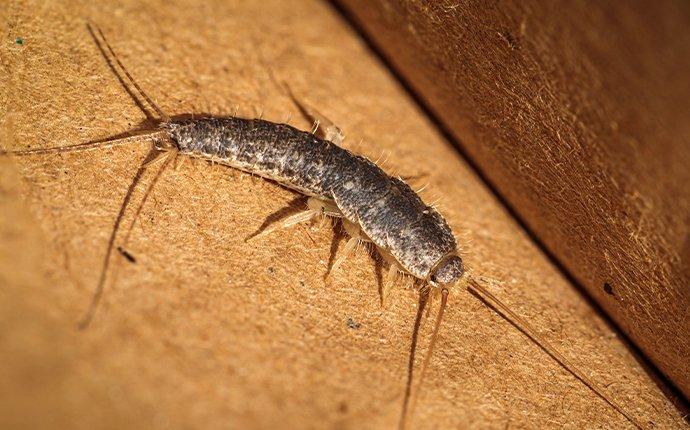 Four Easy Tips To Keep Silverfish Out Of Your Dallas Home 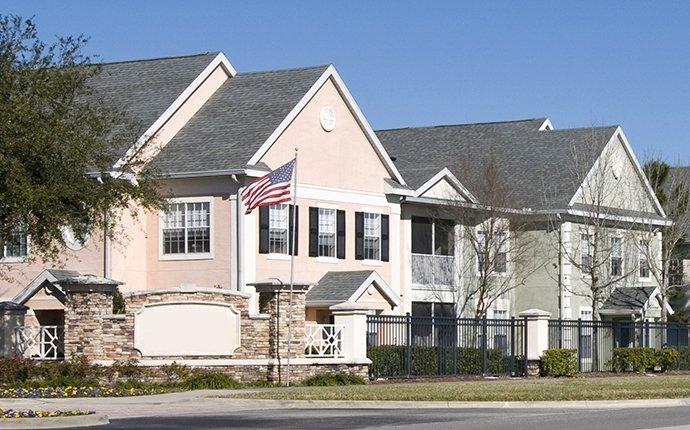 How To Protect Your Dallas Home From Pests All Year